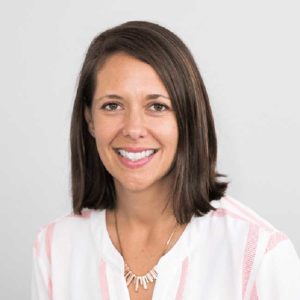 The best laid plans are still the best plans when plans go awry… I am a planner. Not just in my job, but in my life. I follow a food plan, I plan our vacations, I plan our savings and our spending. I plan our kids’ activities, their educations. I was no diva bride, but Mike still remembers my wedding planning spreadsheets twelve years later. What can I say? Planning makes me feel good. Last night Mike surprised us by showing up at baseball practice for our oldest son. It was a happy surprise, and it meant that I rode home alone while the boys rode in daddy’s car. I clicked on NPR and enjoyed the soothing voices. I need more soothing voices in my life. In honor of the 50th anniversary of Fred Roger’s first show airing on television, they were replaying a 1984 interview between Terry Gross and Mr. Rogers. I grew up watching Mr. Rogers Neighborhood and was happy to listen to him talk about his work and his life. Some of what he said was surprising and it delighted me.

The first surprise was that Daniel Tiger (Mr. Roger’s beloved puppet character who is now the center of an animated show for children) was a spontaneous creation, necessitated by technical difficulties. Before “the neighborhood,” Mr. Rogers had a show called “Children’s Corner,” which he started with another employee at the station where he worked. They had no budget and bought all the props with their own money. The plan was that Mr. Rogers would write to stations all over the country and obtain children’s films (for free) that could be aired on Children’s Corner. For one hour a day, Mr. Rogers would play the organ while the hostess of the show sang and introduced the films. But the films were brittle and would sometimes break. Since this was live television, Mr. Rogers had to jump in spontaneously to fill the time. He grabbed a tiger puppet that had been given to him the night before by the station manager, Ms. Daniel (in whose honor he named the puppet). He poked the tiger through a clock on the set that was in place and started talking. That moment of near-disaster for the show led to the spontaneous creation of one of the most beloved characters of my generation and today’s youngest generation. The second surprise was that he hadn’t originally set out to do a show where he spoke to children. He had planned to do a program for the Presbyterian church after graduation from seminary. The day before graduation, he found out that there was no money for the show. The day after graduation, he got an offer to do a show that would feature him speaking to children. He accepted it enthusiastically and gratefully, and thus began the work that would make him an icon and a household name.

What we can learn from these surprises

Both of these anecdotes speak to the power of planning by showing what happens when things don’t go as planned. While we know that no plan will ever go exactly as planned, we also know that it is better to have one. Let’s get started on your plan today.

PrevPreviousYou Are Dust
NextTalk about aging while you are still youngNext