Perspective on the recent u-turn in interest rate policy

Since the “Great Recession” ended, the U.S. economy has grown, although at a much slower pace than historically. We have seen record low levels of unemployment, low inflation and, in recent years, healthy year-over-year increases in wages. If you were to review the comments released by the Federal Reserve Open Market Committee (FOMC) after each meeting from December 2015 you would see, almost every time, “labor market continues to strengthen, economic activity rising at moderate or strong rate, job gains are solid, household spending moderate to strong, business fixed investment mostly moderate to strong but sometimes soft, economic risks are roughly balanced”.

Low unemployment and growing wages have strengthened consumer spending, which is approximately 70% of the U.S. Gross Domestic Product. This has resulted in the U.S. economy faring pretty well. The Fed began raising interest rates in December of 2015 and has raised them nine times in the current cycle. Our economy absorbed these increases and continued to grow.

What happened in July to reverse this trend with a rate cut?

Again, if we go back and review the FOMC statements we begin to see subtle changes in wording. We see “risks to economic outlook are roughly balanced” now qualified with “but the Committee will continue to monitor global economic and financial developments and assess their implications for the economic outlook”.

The July statement said, “In light of the implications of global developments for the economic outlook as well as muted inflation pressures, the Committee decided to lower the target range for the federal funds rate to 2 to 2-1/4 percent”. So, they are saying the global economic outlook is a risk to the U.S. economy.

Rates have already been negative in Japan and Europe

Economic growth in the U.S., as slow as it has been, has outpaced most of the world since the financial crisis. Europe and Japan have been hit particularly hard, although Japan’s economic challenges began in the 1990’s. These struggling economies have used negative interest rates in their efforts to stimulate growth in GDP. The European Central Bank began using negative rates in June 2014. Negative rates are now prevalent throughout Europe and in Japan. The entire German sovereign debt yield curve is negative today.

Negative interest rates are drastic policy measures used when a deflationary spiral is feared. Lenders pay borrowers to borrow money instead of the other way around. So, the purchaser of a German bond will receive less money at maturity than they paid the German government when they purchased it.

In theory, investors are thereby incentivized to spend money rather than save it. Spending by consumers and businesses should result in economic growth as the supply of goods and services is increased to meet demand. How well has this worked? Not so well. Rates are still negative after five years, and Japan and Germany both reported a decline in GDP for the second quarter of 2019. The risk is further complicated by an escalating trade war between the U.S. and China. While President Trump has used increased tariffs against Canada and Mexico as well as China, these were smaller and not disruptive. China is retaliating aggressively, and the risk of disrupted global trade is serious.

In his speech at Jackson Hole on August 23, 2019 Fed Chairman Jerome Powell said, “The global growth outlook has been deteriorating since the middle of last year. Trade policy uncertainty seems to be playing a role in the global slowdown and in weak manufacturing and capital spending in the United States”. It appears we are in for a further extended period of slower economic growth globally and significantly lower than normal interest rates. Although the subject of negative rates in the US is being discussed, the consensus is that the probability of this happening is very low.

What do falling rates mean for you?

Most fixed income instruments such as preferred stocks and exchange traded bonds have call provisions that allow the issuer to call the security after some initial lockout period. To call a security means that they take the security back and pay you (the owner of the security) the face value of it.  So, you get your money back but now you have to invest that money somewhere else. Just as consumers refinance their home mortgage when rates drop low enough, issuers of these types of securities can issue new securities and use the proceeds to exercise their call rights on outstanding issues.

The risk of a call increases as interest rates decline.  For the investor, it means the reinvestment yields on these types of securities are probably going to be less than they were earning on the security called. There are other alternatives for income investors to consider, such as midstream energy Master Limited Partnerships, mortgage REITs, business development companies, and specialty finance companies. These typically pay higher dividends than a S&P 500 company.

We are in a challenging investment environment. This is not because the fundamentals of the U.S. economy are weak. They are not. Unemployment is very low, wages have grown, consumer spending is healthy, inflation is low and consumer confidence is strong. Our primary risk is a slow down driven by global factors, and not all of those are economically based.

We will navigate this changing environment by managing call risk and seeking attractive opportunities for re-investment. We are always happy to talk to you about fixed income investing opportunities and we welcome your questions. 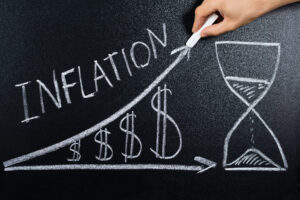 Is Inflation Here to Stay? What it Means for Your Portfolio. 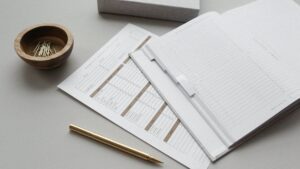 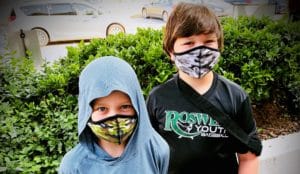